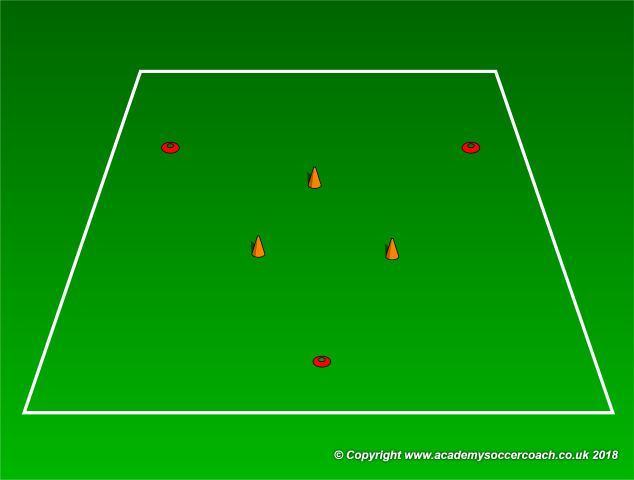 Execution:
3/4 Players at each corner of the large outside triangle.
One player in the small central triangle facing one of the outside groups. 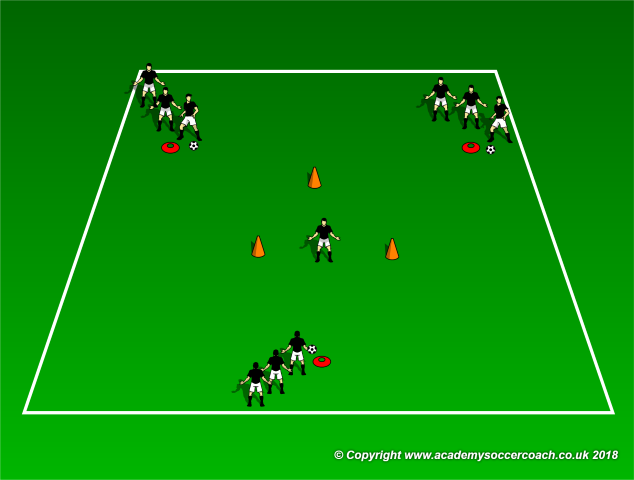 First player on the outside with the ball passes to the facing central player, then sprints to the end of the next group.

Central player receives and passes ball back to the group, then turns to face the next group.

This sequence is repeated at the next two corners. 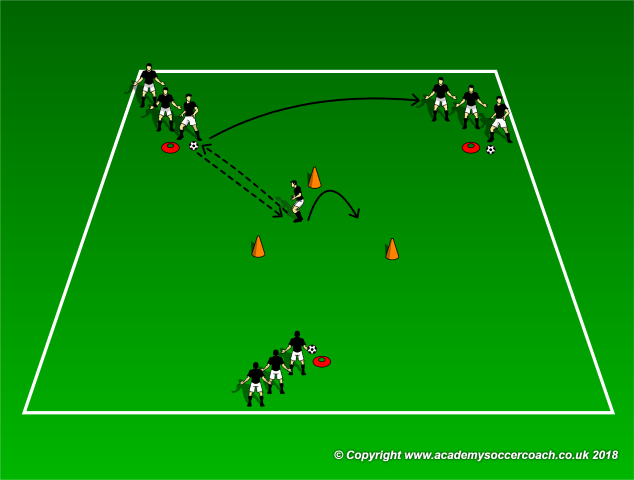 This sequence continues for a specific time e.g.45s, before changing central player.
Keep the tempo as high as possible.

Variations:
1. Players are restricted to a maximum of two touches.
2. Players play the ball one touch.
3. A second central player is added. 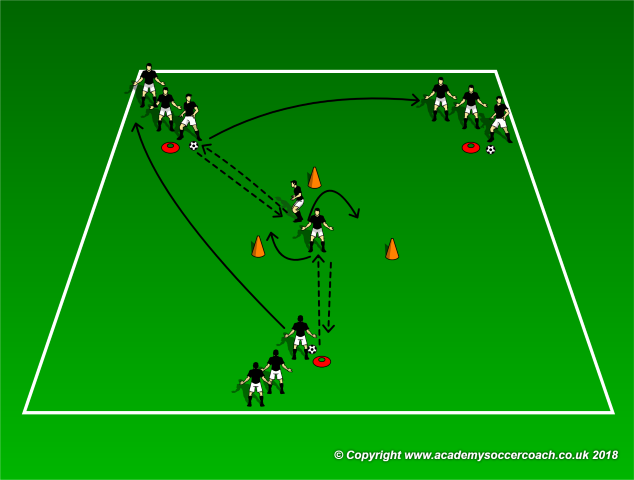 4. A third central player is added. 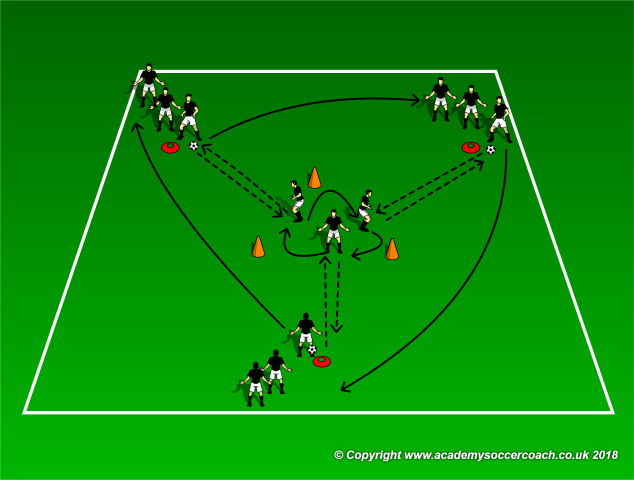 5. The central cones can be used as mini goals and the central players replaced by Goalkeepers.