Skill based drills are fantastic for developing technique but sometimes players find it tough to transfer their skills in isolation into the game, that is why it is important to strike the right balance between repetition and variability. The Triangle Shoulder Check Dril provides repetition of receiving on the half turn and checking the shoulder, but forces the player to adjust to ever changing visual cues. Seeing the use of the technique in various contexts means they are more likely than to see a similar context in game, and therefore execute the technique in that situation.

Setup:
Create a triangle of cones and include a passer about 8 feet from the front two cones. Include another coach at the top of the triangle holding that cone. If only a player and coach are available replace the passer coach with a rebounder. 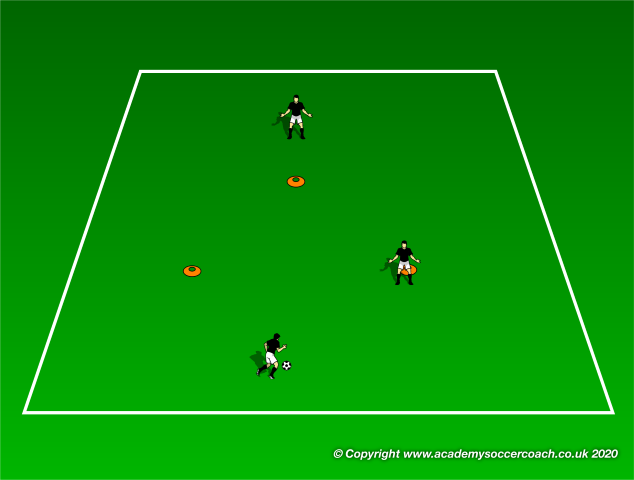 Execution:
Stage 1: Players receive a pass on the half turn towards the far cone, dribble around it, then dribble to the next cone and lay off a pass after they pass that cone. They then receive a pass pack and repeat the action the opposite way. Players should be reminded to check their shoulder once before the pass is made and then again while the pass is en route. 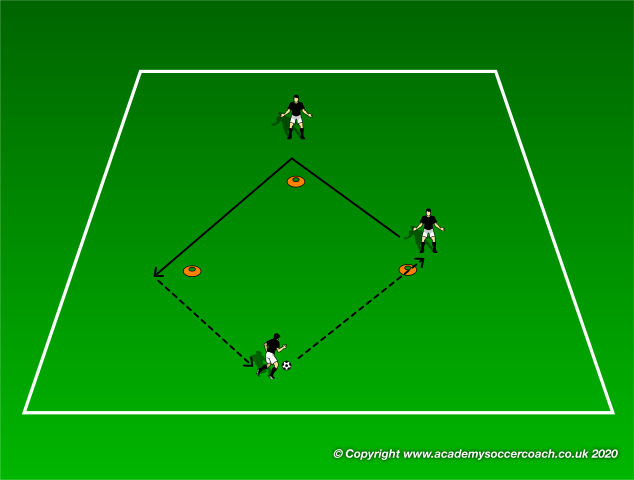 Stage 2: This time a coach is holding the far cone. When the ball is being passed the player receiving must check their shoulder to accurately decide where the cone is being thrown so they can take the appropriate touch toward that far cone. 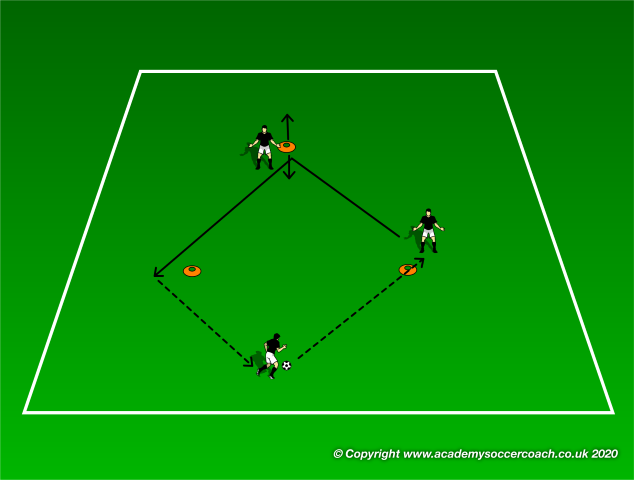 Variations:
Coaching sticks can be used, the coach can become the physical cone for the back cone as well