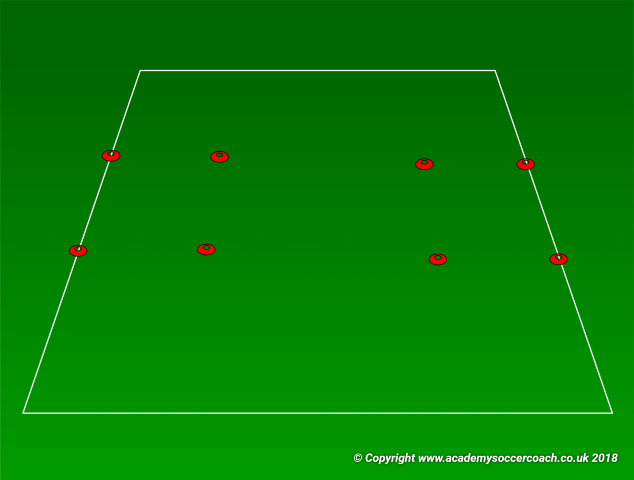 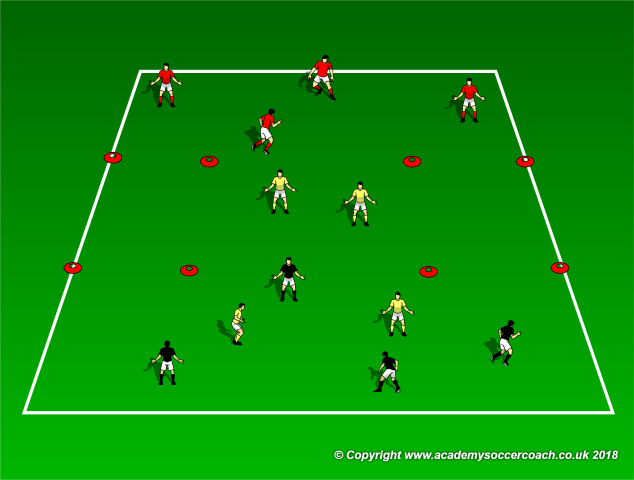 The players can score in two ways
(1) Passing down the side channel or
(2) Making 8 passes.
If the ball is passed down the channel or leaves the pitch, then the two yellow defenders return to the middle zone and two other yellow players must run to defend 2 v 4 against the red team.
When inside the middle zone, the yellow players are not allowed to block passes in the channels.
Play for 3×3 minutes with each team having a turn as the middle team. 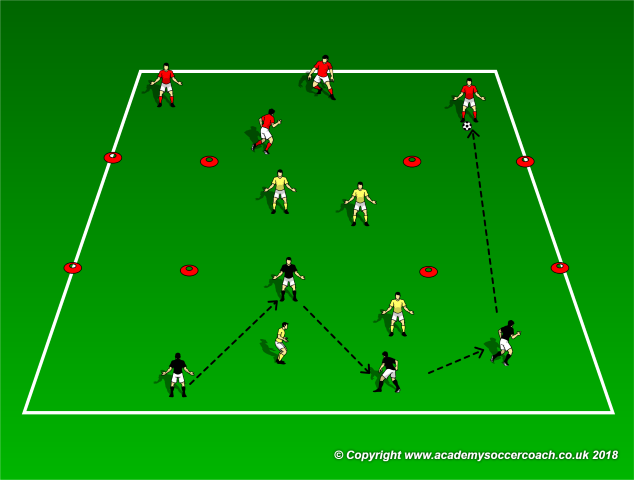 Variations:
1. The players are limited to a maximum of two touches.
2. Team in possession must make 8 passes and then pass down the side channel.
3. Defend with 3 players 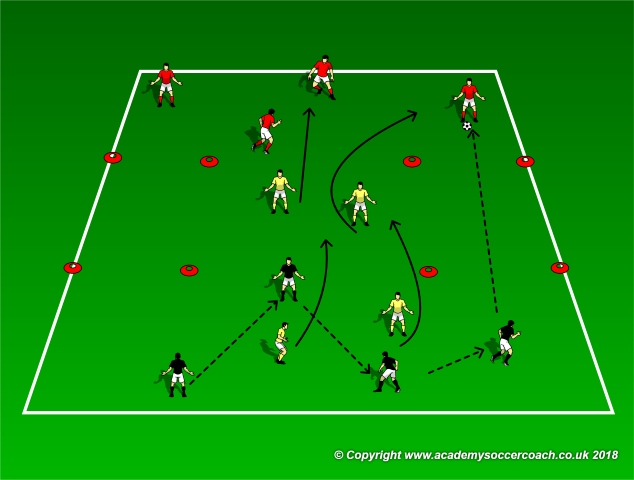 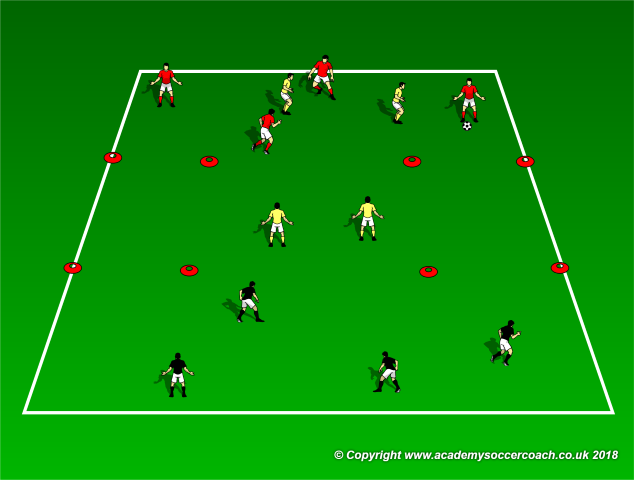