Description: The technique speed circuit should be used as a progression for some other type of technical drill. For example, if you are teaching Cruyff Turns a drill should be used first to teach the finer points of the move and to give players the time to develop their technical feel for it, and then The Technique Speed Circuit can be used to develop the player’s sense of using the move, at pace, in an unopposed setting

Setup: Create four areas in a rectangle that are either coned off or place speed circles. If possible, make each corner a different color. The coach stands outside of the box and the player starts with a single ball on the line between two different corners. 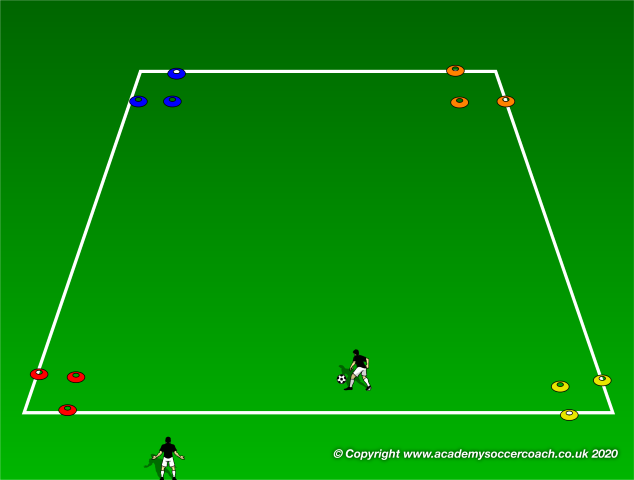 Execution: The coach should choose a particular skill that the player wants to work on. The Coach then starts the drill by yelling out a color that the player must dribble to. Once the player reaches that appropriate colored grid the coach yells another color. The player then needs to then pull the move in a way that pulls them to the next designated colored cone, and repeat until the player has reached all four corners. Coaches should time these so that the players can assess and compare their speed of execution. Any round where the skill is not executed up to the coach’s standard can then be not counted. 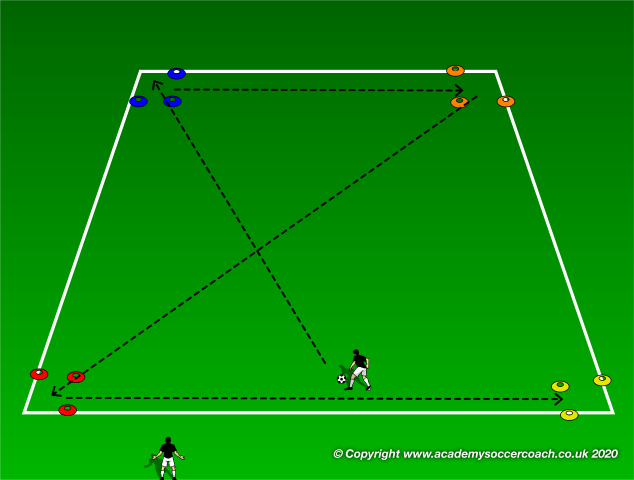 Variations: To include more difficulty multiple players and coaches can be added so that two players can be attempting to complete the circuit at the same time. What this forces players to do is accomplish the skill, be aware of the verbal cue from the coach, and now have to check their shoulder to see where the other player is so they can avoid them to improve their time. 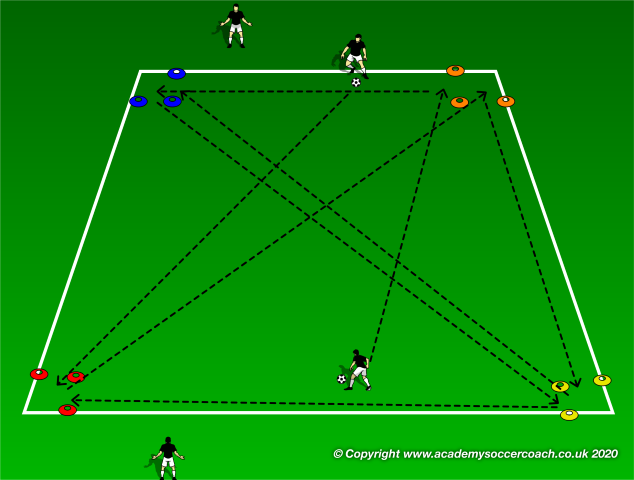