Setup:
8 players – 4 Black, 4 Yellow working in a 30 x 30 area.
4 target players round the outside of area, 4 players working in the area, as shown.
4 players inside the area with a ball each.

Execution:
The players in black inside the area pass to a player in black, outside the area, who pass the ball back one touch.

The players in yellow inside the area pass to a player in yellow, outside the area, who pass the ball back one touch. 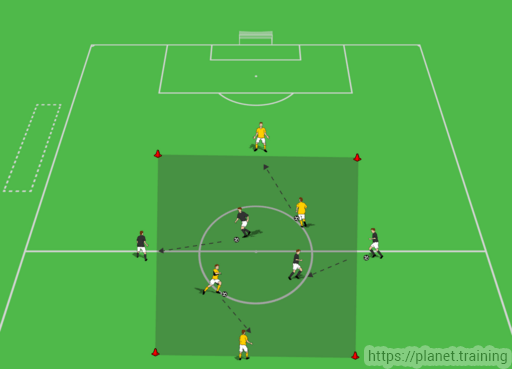 Variations:
1. Black receives from yellow, yellow receives from black.
2. Players in the middle receive side on with their back foot and play to the player on the opposite side of the grid. 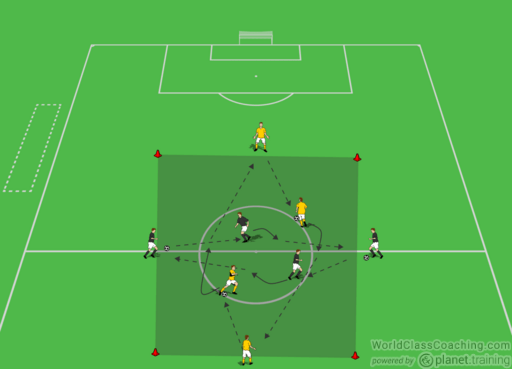 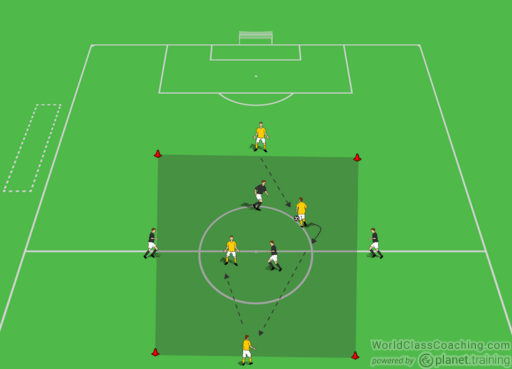