Description:
The receiver drill is a warm up progression that gets players to think about how their movements can be used to shake a marker and receive a pass. By starting off with catching the ball players can focus on the movements rather than the technique and do so in a way that is light and fun, and then the technique can be added as the drill progresses.

Setup:
Create a large box and players partner up 1v1 with one player defending and one the attacker. 1-3 players stand outside of the box, initially holding balls to throw to their teammates. The size of the box will be dependent on the number of players involved. The smaller the box the more congested play will be, and thus more difficult. 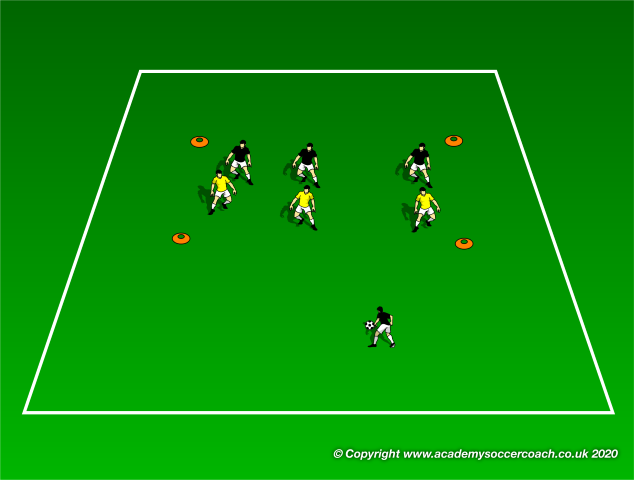 Execution:
Progression 1: In the first stage the throwers hold the balls and attempt to throw to the attacking players. If the player is able to stay within the assigned grid and catch a ball they get a point. Similar to American Football, the defender cannot interfere with the attempt to catch the ball, but they can swat it away or intercept the ball. If they intercept it the defender gets a point. After a set period of time the attacker and defender switch roles and the game is played for the same amount of time. After both players have gone the points (catches and interceptions) are added and the player with the highest score wins. 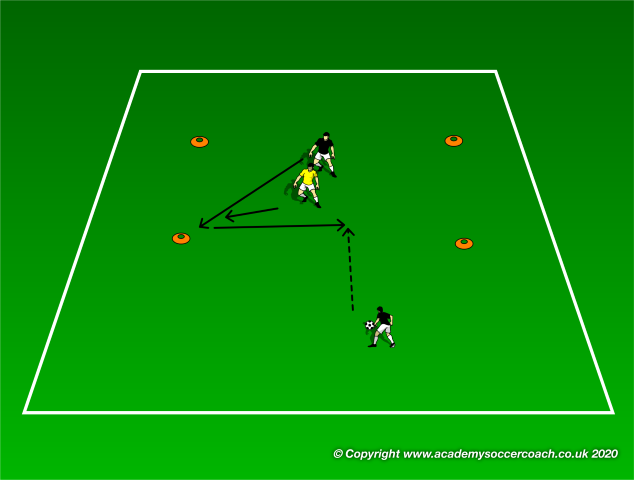 Progression 2: Now the coach should stop the drill, explain the importance of movement to lose a marker, and change the rules from throwing to receiving with the feet. If the player can receive the ball and take two touches they receive a point. There is no way to score on defense in this stage, if the ball is cleared, goes out of the grid, or won by the defender that ball is dead.. Same as before after two allotted times scores are added and the highest score wins.

-Add a stipulation that the player that receives must be able to play the ball back to the passer to score.
-Add a permanent defender to increase difficulty by creating a defensive numerical advantage.
-Add a goal that players can score on to increase their score
-In addition add a counter goal for defenders to intercept passes and score on. 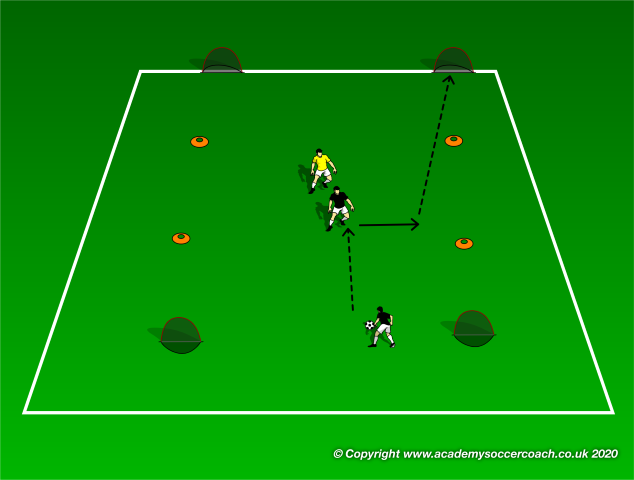