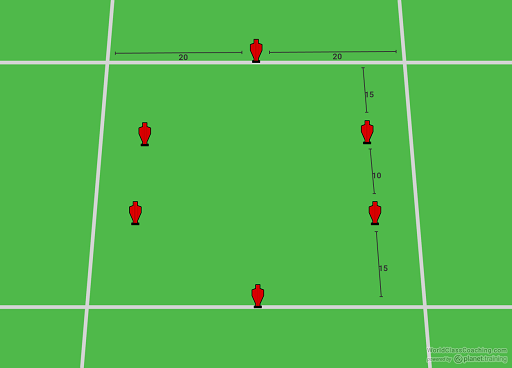 Execution:
Players work on different patterns throughout the drill which will develop, passing, movement, variation, imagination, communication etc.
Players repeat the same pattern on both sides.
Players follow their pass to the next station.
To begin, both end players pass to station 1 on the outside of the mannequin.
Station 1 player receives behind the mannequin and passes to Station 2 player on the inside the Mannequin.
Station 2 goes across the front of the mannequin to receive the ball and pass to the opposite end player. 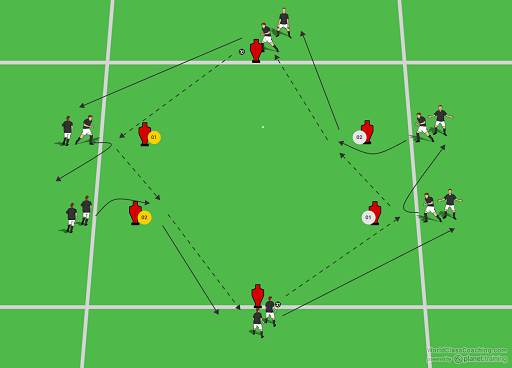 Variations:
1. Players work on opposites. If station 1 goes to outside then station 2 should go inside and vice versa.
2. End Player to Station 2, Station 2 lays off for late support run from station 1. Player then hits end station. 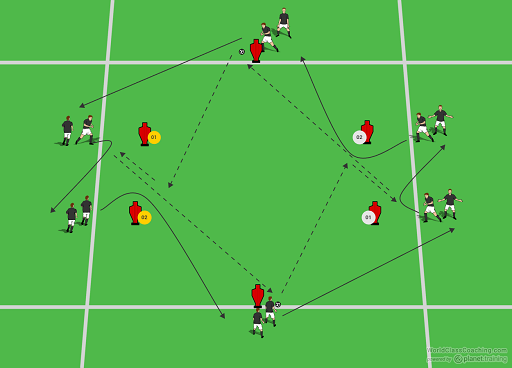 3. End Player to Station 2, player comes inside and support comes from station 1 as an overlapping run before hitting end player. 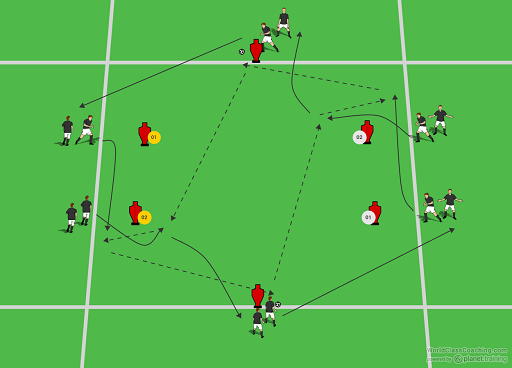 4. Coaches can work on any pattern they wish, use imagination, allow players to be creative.