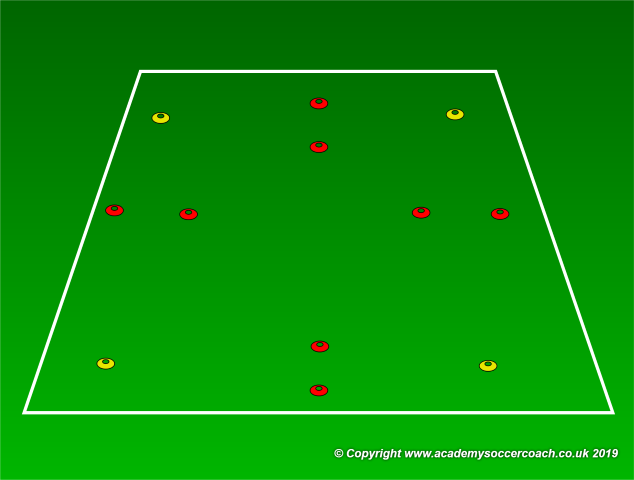 Two players at each of the corner yellow markers.
One in the red marker gate.
A ball at each corner. 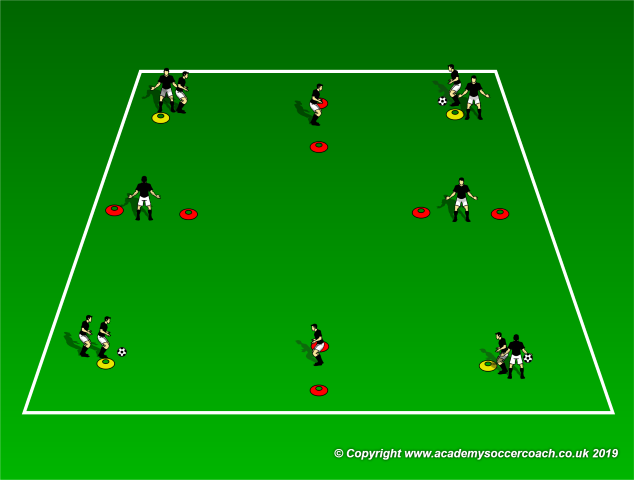 Execution:
Passing in an anti-clockwise direction. The player who is standing in the middle of the gate checking to their right and opening their body up so that they can see their team mate who is about to pass them the ball and also see player to their left who they will pass to next. 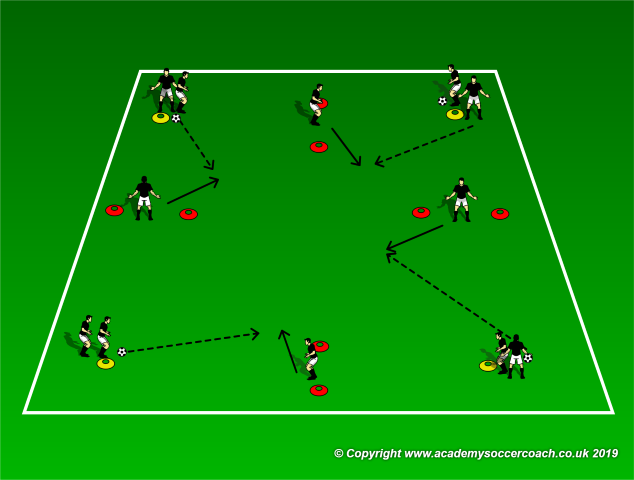 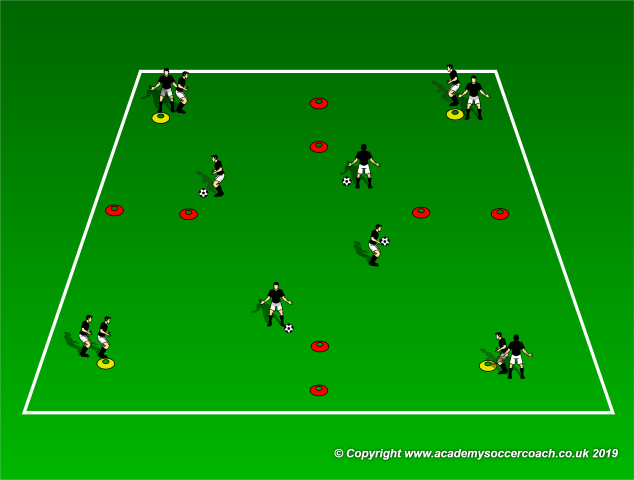 The central player who has just checked now receives the ball with their back foot, then passes to the player in the next group and then follows their pass.

The player who made the first pass now moves to the middle of the gate. All four corners at the same time. 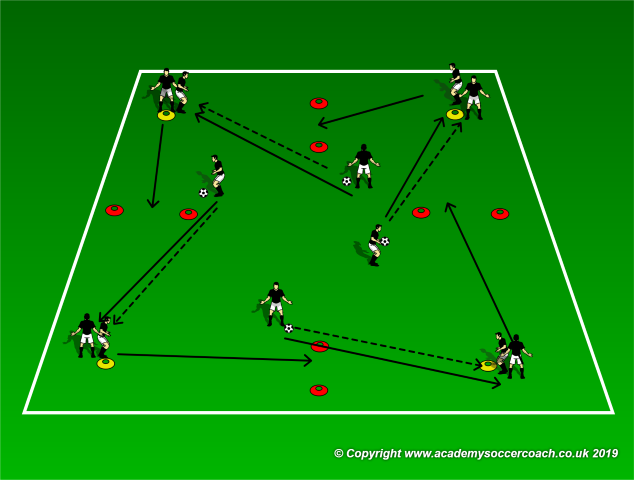 Variations:
1. Central player checks to their left.
2. Passes in a clockwise direction.
3. The central players lay the ball back to the first player who plays the ball through to the next group.

The rotation remains the same. 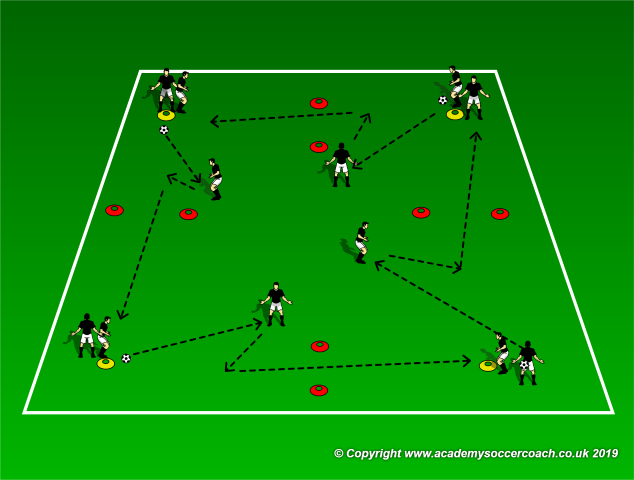