Passing and receiving a soccer ball during a match is a penetrative or possession-based action between a pair of soccer players. The ability to perform these actions will be dictated by a decision-making process guided by the presented on-field scenarios. To solve these on-field situations, these two points should be considered:

• There is no one way to perform a technical execution.
• No action will ever be the same.

However, via individual biomechanical subjective actions, predominant passing and receiving technical executions will be performed by an athlete and mimicked more than others. Therefore, each player has a predominant reactional playing habit or neuromuscular behavioral pattern that is typically executed and in theory observed more than others.

To summarize, the scenario and tactical decision-making action will dictate a technical action to solve the soccer specific scenarios in a match or competitive practice setting. Therefore, adding variations in already learned technical execution patterns is important for player improvement to further solve in game situations.

Setup:
• Players are placed into pairs.
• Each pair goes to a passing station.
• Each passing station includes a pair of red cones one yd. away from each other.
• A blue cone is placed three yards away from the red paired cones.
• See below diagram for setup. 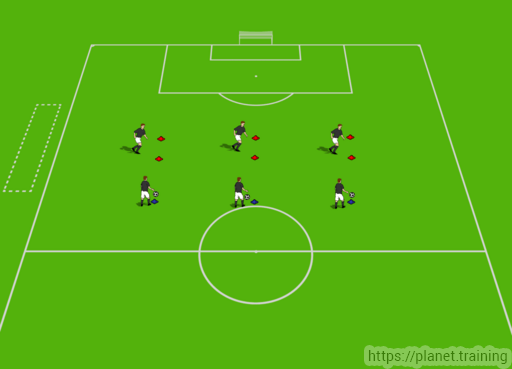 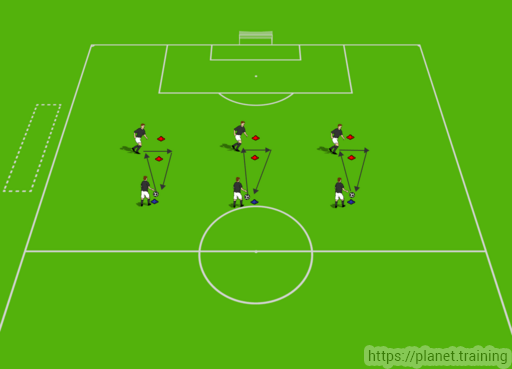 Exercise 2:
• To start, one player will have the ball and will stay central and between the paired cones.
• The objective for the other teammate is to one time pass the ball back at the left, in between and the right side of the paired cones (as seen below). 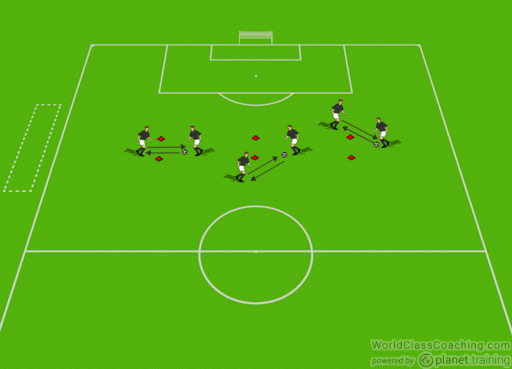 Current Seattle Sounders Academy Performance Coach with previous European academy coaching experience as an assistant fitness and strength/conditioning soccer coach with Levante U.D. (2013-2014) and Getafe SAD CF (2015-2016) in Valencia and Madrid, Spain respectively. A USSF “A” licensed coach with a BSc in Physical Education and an MSc in Sports Training and Nutrition.