In and Out Possession

Objective
For this session we are focusing keeping possession in a 4v4 + 3 neutral players.

Set Up
1. 2 teams of 4 players + 3 Neutral players
2. The area between 10-15 x 10-15yds (dependent on level, challenges)
3. Team (Yellow bibs) in possession remain on the outside of the area
4. 2 players from Neutral Team (Black bibs) at either end
5. 1 player from Neutral Team (Black bibs) is the spare player in the middle area
6. Team (Red bibs) is the defending team who remain in the middle
See Diagram 1
7. If the team (red bibs) can win possession, force a mistake, get the ball out of the area they switch to the outside and the team (yellow bibs) go in to defend
8. The team in possession are unlimited touches
9. The neutral players are on 2 touch
10. See Diagram 2 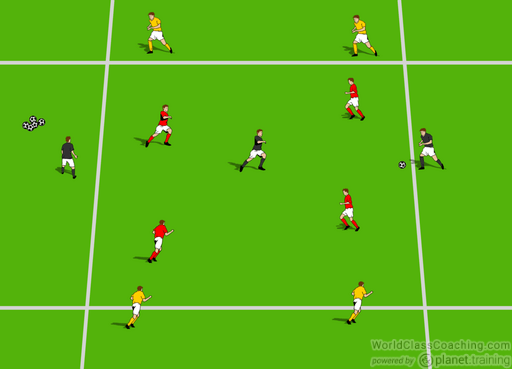 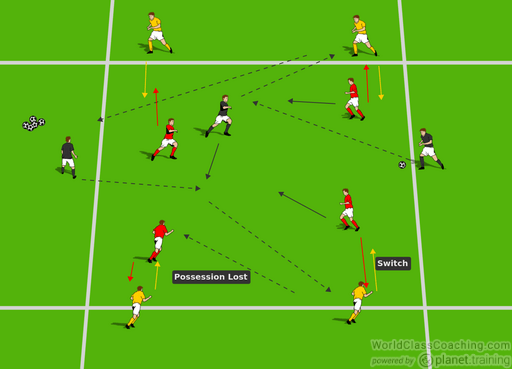 Some Coaching Points –
1. Angle of support
2. Movement to receive the ball
3. Tempo of play
4. Playing a pass safe side
5. Body shape when receiving the ball
6. Transition from in to out and out to in