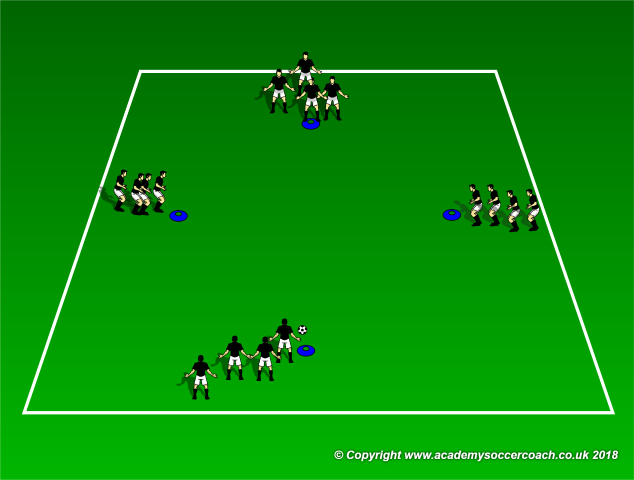 Execution:
4 players at each of the cones.
First player passes long to the second player, then follows his pass.
Second player, receives and lays ball back, then runs to the next cone on his left. 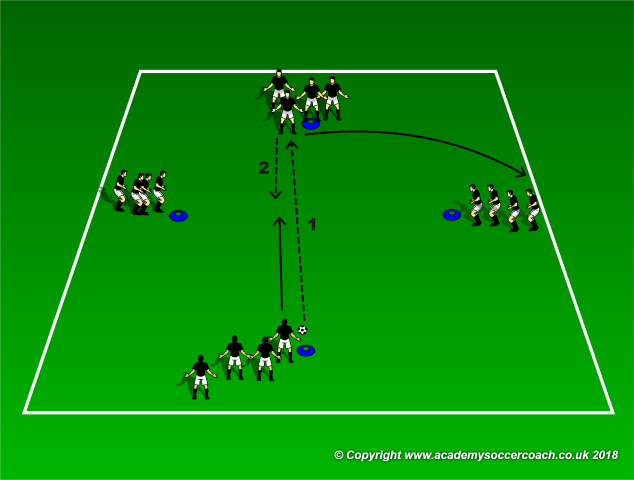 The first player then receives ball and plays it to towards the right.
Third player passes ball back then checks to go in the opposite direction. 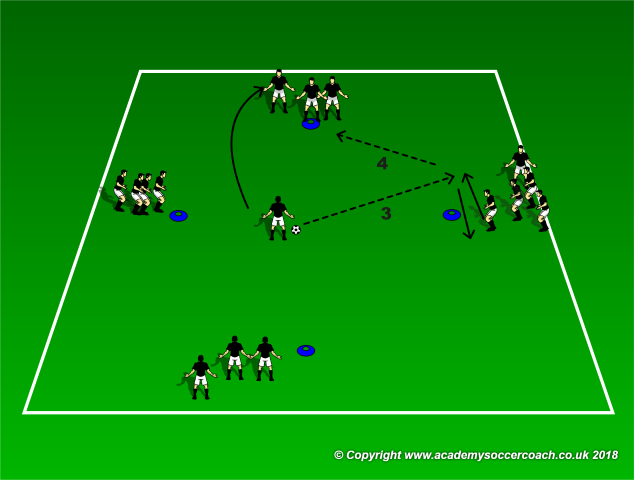 Fourth player plays a longer diagonal pass to the moving third player.
Third player receives and dribbles to the next cone. 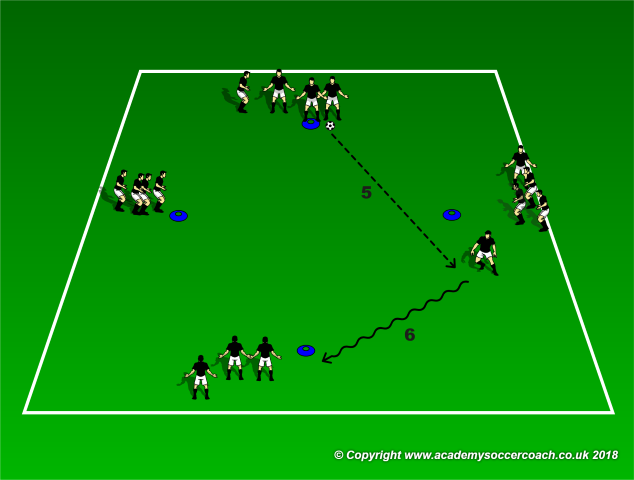 The sequence is repeated on alternate sides 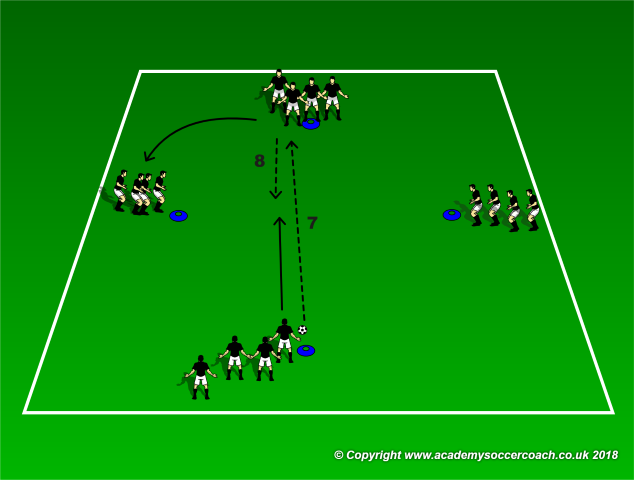 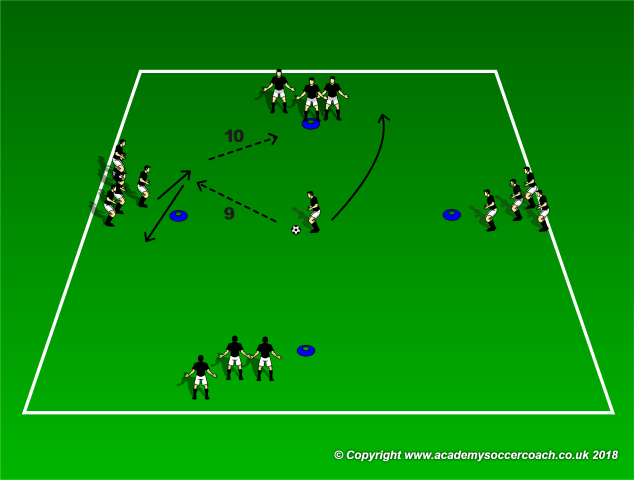 Variations:
1. Players are restricted to a maximum of two touches.
2. Players play the ball one touch.