The Figure 8 Passing Drill is designed to both work on acceleration, as well as deceleration, a concept that is rarely addressed except maybe in teaching touch-tight defending activities. Deceleration allows players to quickly move from full speed to an appropriate speed for playing or receiving a pass, which will leave opposition players scrambling to make adjustments. 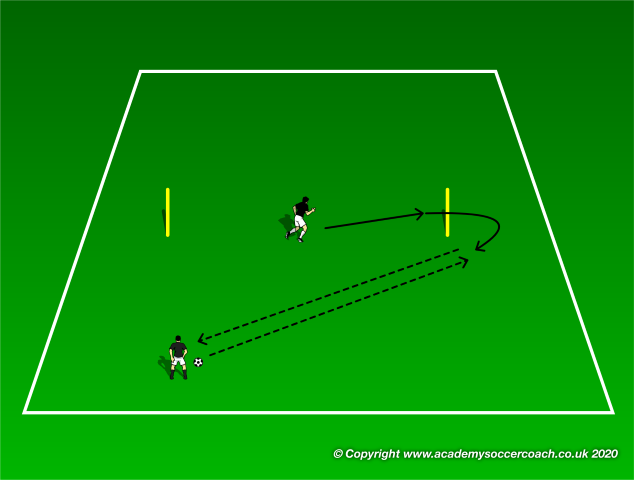 After the pass the player then moves to round the opposite stick. As they do the passer then must get to the opposite side with the ball to provide the diagonal pass. After set time the coach blows the whistle and the passer and runner switch.

Variations:
– If the movement becomes too complicated, get rid of diagonal pass and have the pass come from the same middle area the passer/coach started at, this also makes all passes medium distance rather than longer distance diagonal passes.
– Have the coach/passer move to the same side as the runner and have them receive a short pass, take the ball around the opposite coaching stick, have the coach/passer run to that sides as well and engage in a brief 1-2 with the player then repeating the action by dribbling to the original coaching stick. 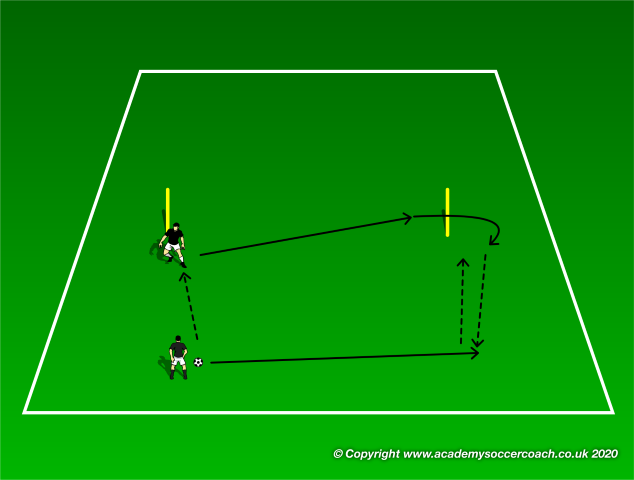