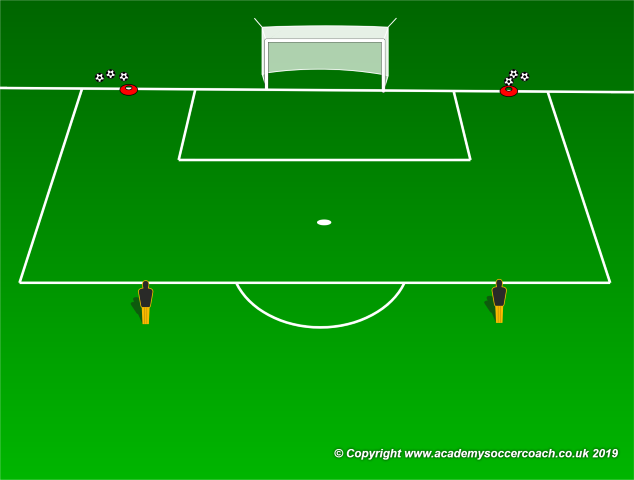 Players on both sides of the goal, one player 25 yards from goal behind mannequin and one GK in goal 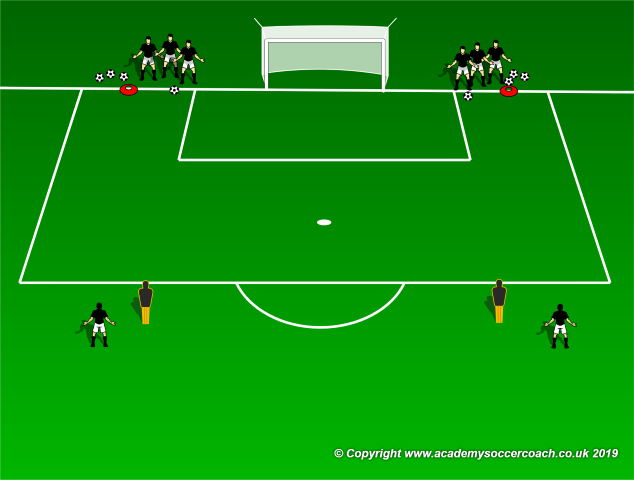 Execution:
Players at A and C start with a ball.
Player A passes the ball to player B.
Player B controls the ball and takes it past the mannequin and shoots at goal.
Player A goes to position B, Player B goes to the end of position C. 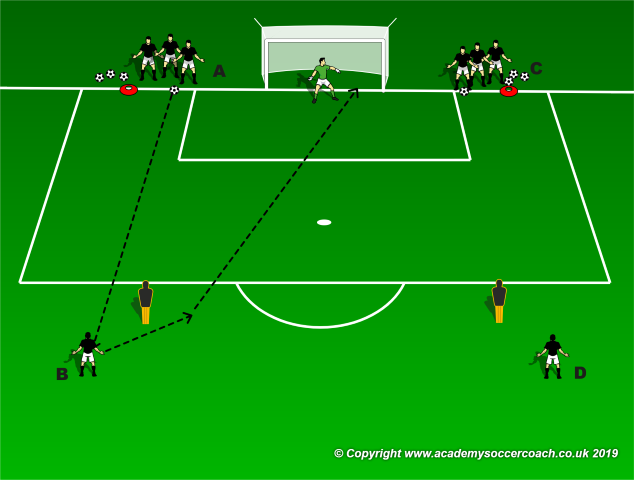 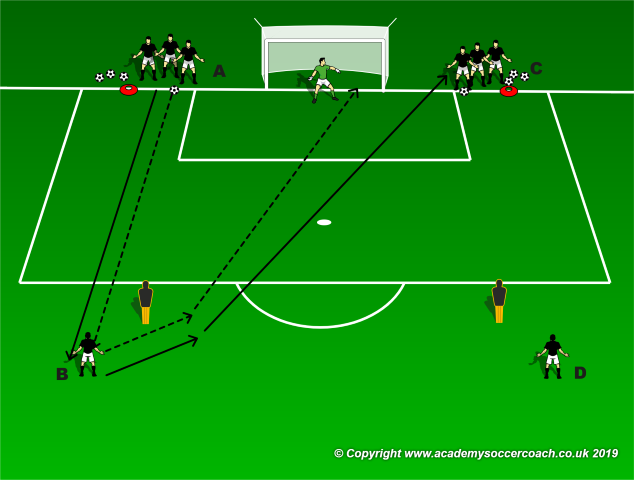 This is then repeated by players C and D on the other side. 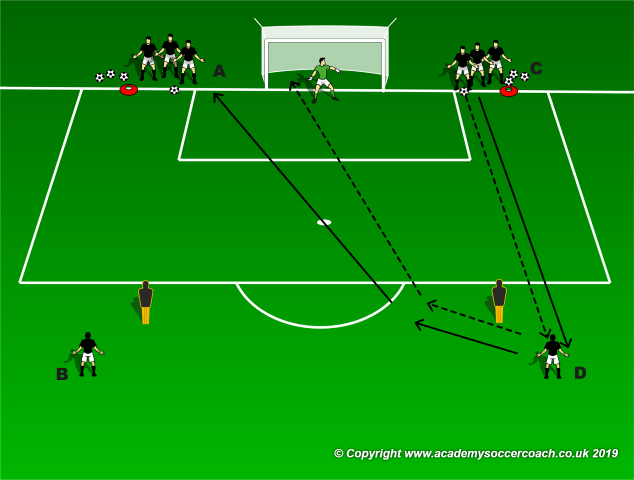 Variations:
1. Players have a maximum of two touches.

2. Player A passes to Player B who has come short and lays it back to player A.
Player B spins round the mannequin and player A plays the ball into their path.
Player B shoots for goal.
This is repeated on the other side.
Players rotate A to B to C to D to A. 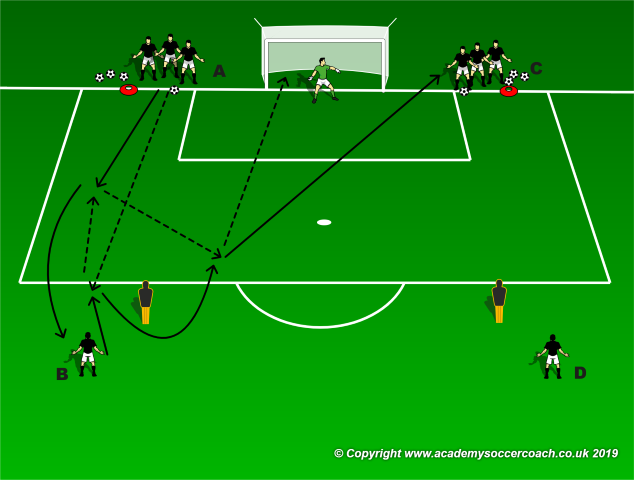