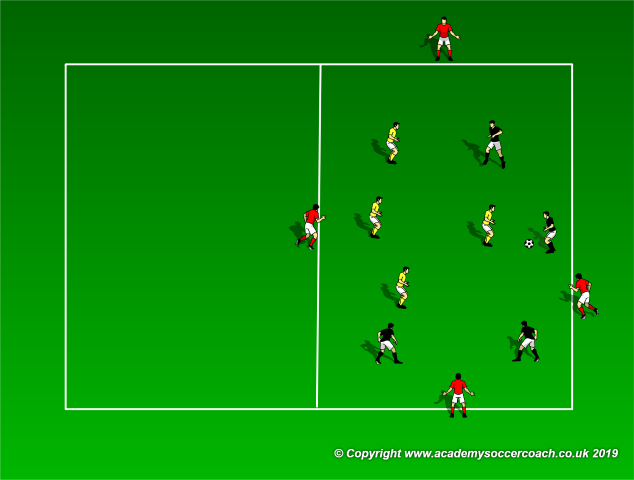 Execution:
Area is divided into 2 equal rectangles. Play 4 v 4 in one half of the ﬁeld with the support of 4 external players.
The attacking team keep possession in their own half for as long as possible. When possession is lost or ball goes out of play they try to recover it before the opponent moves into their own half. 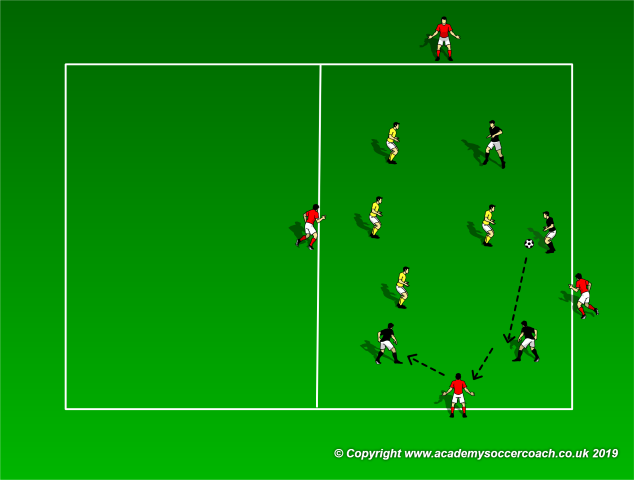 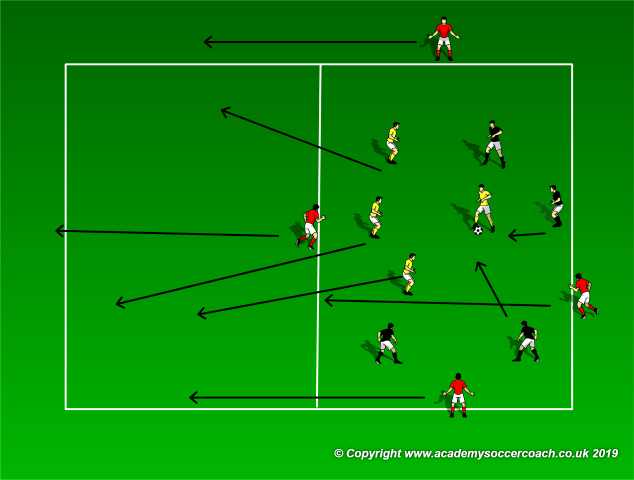 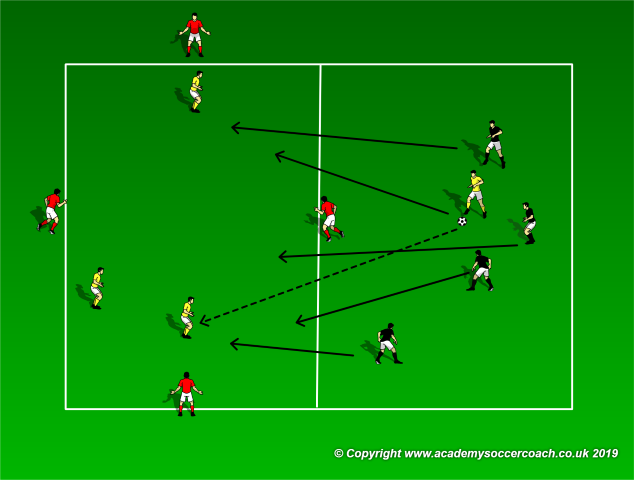 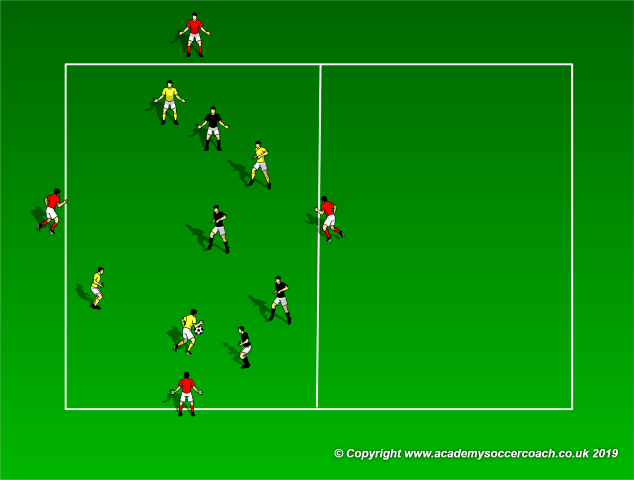 Variations:
1. Team in possession has a maximum of two touches.
2. The ball must be dribbled into the other half. 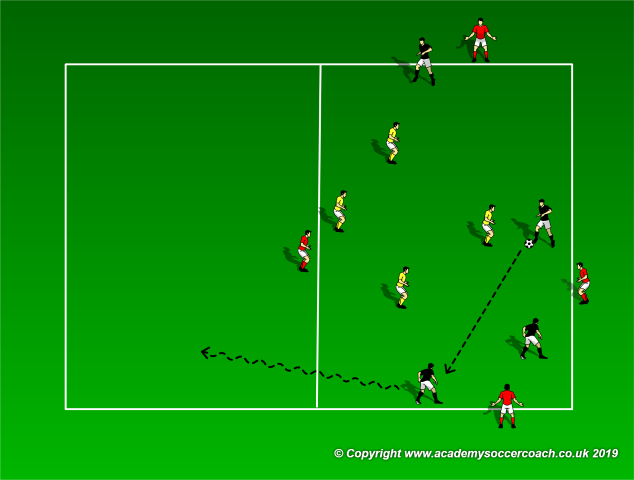 3. The ball can be passed or dribbled by a defender into the opponents’ half.

i wish to say that i’m very impressed by world class coaching and will always like to use fine soccer especially 4 vs.4 with external supporting players.congrats fellow coaches because it has made my players improved both technically and tactically.