Setup:
14 players – 7 Black, 7 Yellow working in a 30 x 30 area.
3 End Zone players for each team.
4 v 4 in the central area.
Area should be age and stage appropriate, example shown. Wide enough to create space for penetrative passes through spaces in between players. 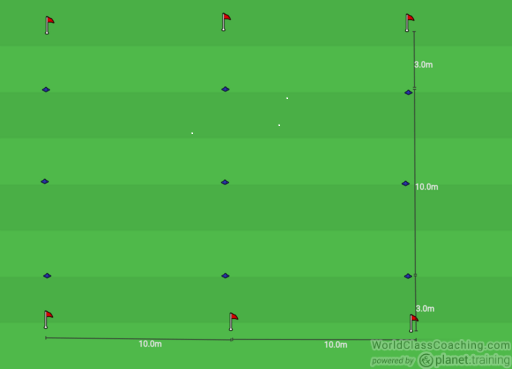 Execution:
The team in possession i.e. the attacking team, attempt to play the ball forward to break the defensive line and into the end zone players, to score. 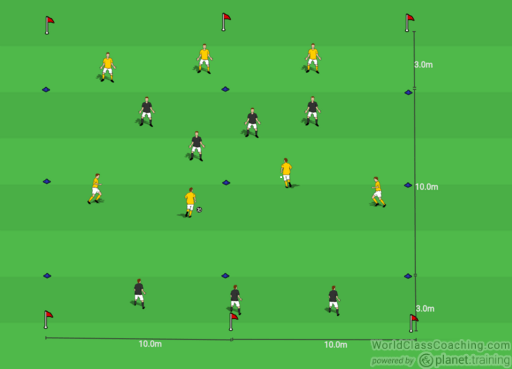 Variations:
1. The Coach feeds the ball alternatively to each team after each score.
2. The team that “score” keep possession of the ball. If the defensive team intercept the forward pass, they become the attacking team going the opposite way.
3. Restrict the number of touches of the ball e.g. central players “3 touch” and end zone players “2 touch”. 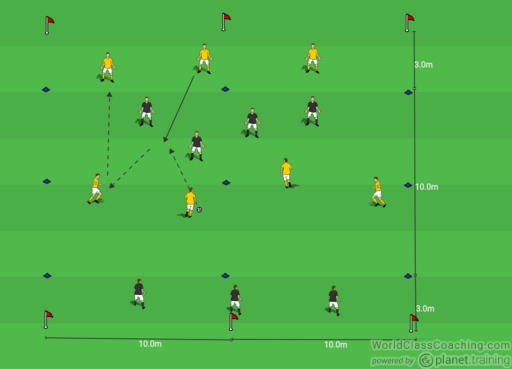 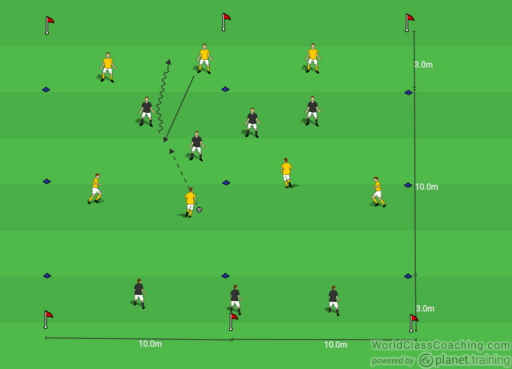